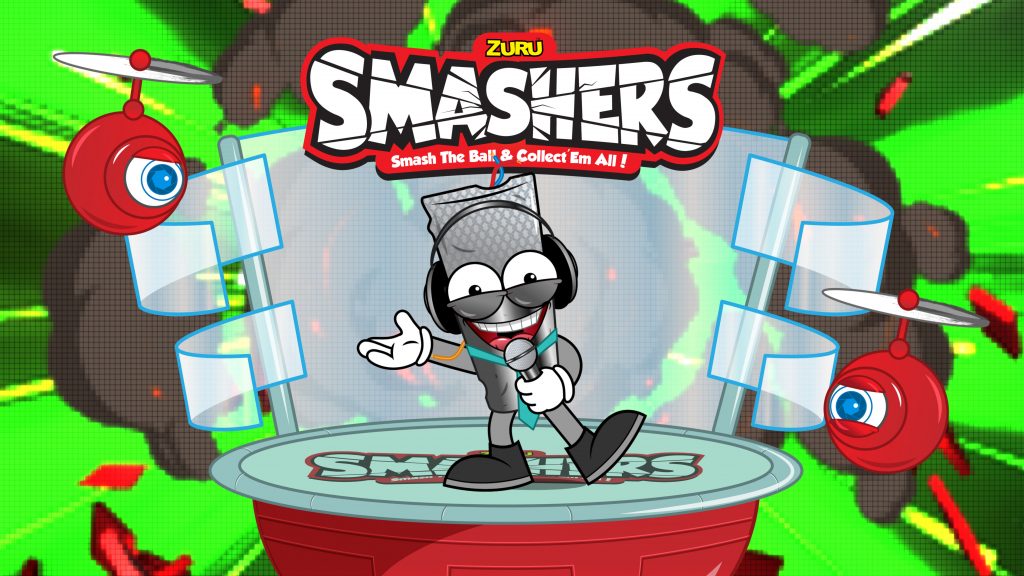 Yarraville’s Kenny Productions commissioned Pillowfort Creative last year to help develop the children’s animation series for China-based Zuru Toys, the manufacturer of the official Smashers toys. The final episode of Season One was released this month on YouTube.

According to Pillowfort Creative’s Directors Leigh Ryan and Stuart Murray, the opportunity to work with Kenny Productions was based on previous successes working with producer Kylie Risson on The Grossery Gang animated series for Moose Toys.

“We were fortunate to play a vital role in the production of Smashers – from consultation during script writing and the creation of new characters, to animating the final product. Part of our collaboration included liaising with Singapore-based story board artist Vann Law and script writer Declan Fey (Ronny Chieng: International Student). Working with world-class artists from our studio in the Creative Geelong Maker’s Hub on Little Malop Street was an incredible experience” Murray said.

“We’ve chosen to work in Geelong because of our friends and family, and it’s just a great local environment to be creative. I’ve lived here all my life and am committed to the region. Digital technology means we can engage with clients globally and work seamlessly using platforms like Slack and Skype,” Ryan said.

Pillowfort Creative was founded in 2017 and offers 2D and 3D animation, illustration and motion graphics services for clients. Former St Joseph’s College students, Leigh Ryan and Stuart Murray are joint Creative Directors of the start-up and have over 30 years collective experience in the industry. Pillowfort Creative is based at Creative Geelong’s Makers Hub in Centrepoint Arcade where they regularly hold workshops and collaborate with the local creative industries community.

Click here to watch the first season of Smashers!

WE ARE ACCEPTING NEW PROJECTS.

At Pillowfort we don’t discriminate and are accepting of all briefs, jobs, projects, concepts and ideas. Regardless of size, scope or budget. If you are a small business, an established studio or just someone genuinely interested in getting involved in one of the most amazing and fastest growing industries of the last ten years, then give us a call. Type us an email. Or thumb us a text. Or carrier us a pigeon*. We’d love to chat with you.

*We have a strict No Return policy on pigeons. So, think long and hard about the bird you are currently holding, before flinging it out the window.